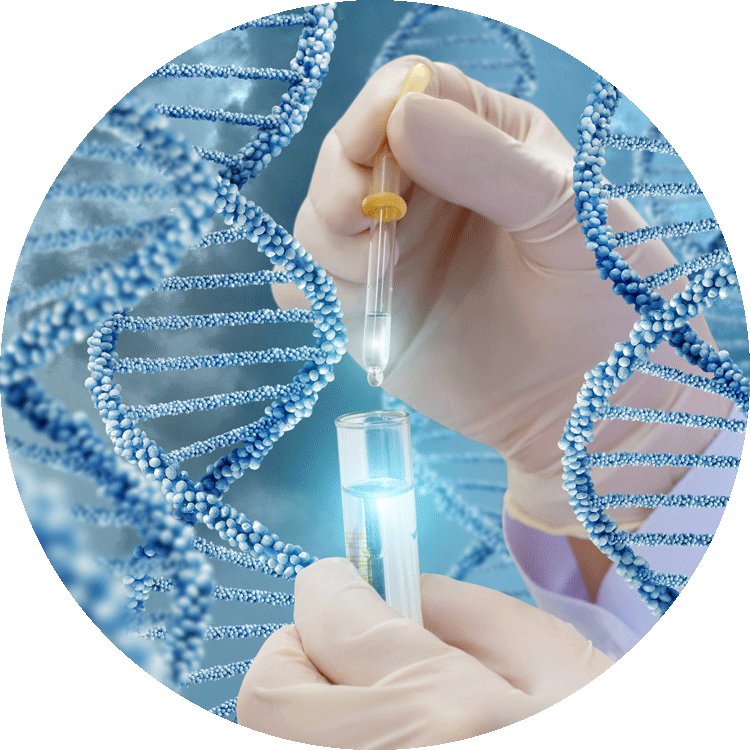 Hopeful parents often worry about the health of their potential child, especially if they are carriers of genetic disorders.

At Arizona Associates for Reproductive Health, we use preimplantation genetic diagnosis (PGD) to identify the healthiest embryos during IVF.

PGD genetic testing performed at our Scottsdale, AZ, office allows us to select embryos free of genetic disorders or chromosomal abnormalities and improve the chances of delivering a healthy baby.

PGD is a breakthrough technology that can help a range of patients become parents, including those who have experienced recurrent miscarriage or repeated IVF failure in the past.

Take a look at a typical IVF genetic selection process with PGD...

Is PGD right for me?

We may recommend considering pre-genetic testing for IVF if:

PGD During In Vitro Fertilization

Patients who are at higher risk of having offspring with chromosomal or genetic abnormalities may elect to undergo PGD and IVF genetic selection. PGD is performed as a part of an IVF cycle, during which multiple eggs are produced, retrieved from the ovaries, and fertilized with sperm. When embryos are created during IVF and reach a particular stage of development they can be biopsied. The biopsy consists of the removal of one cell from the embryo on day 3 of development or 5 to 10 cells on day 5 of development for genetic testing. When cells are removed on day 3, the embryo remains in culture to grow while genetic testing is performed. Normal embryos are then transferred back to the uterus on day 5. When cells are removed on day 5, the embryos are cryopreserved by an advanced technique called vitrification; normal embryos are then thawed at a later date and transferred in a frozen embryo transfer (FET) cycle. Pregnancy rates may actually be improved when embryos are transferred in a FET cycle due to better synchrony of embryo age with the uterine lining.

You may also be interested in learning more about our non-surgical intrauterine insemination (IUI) fertility services.

In a normal embryo, there are 23 pairs of chromosomes, either 46XX or 46XY. Chromosomes are the tiny structures in each cell that carry our genes. All of us have 23 pairs of them, consisting of one set from our mother and one set from our father. In some instances, when the egg and sperm meet, one or the other is faulty. In that case, the resulting embryo has a chromosomal abnormality and the pregnancy often results in a miscarriage. Mismatched chromosomes account for more than 60 percent of miscarriages.

Today all of the 23 pairs of human chromosomes may be genetically tested prior to embryo transfer. Previously used technologies only allowed testing of 5 to 11 pairs of chromosomes. Screening all the chromosomes becomes particularly important to patients over 40, who are prone to chromosomal errors in their eggs, as well as those patients with a history of pregnancy loss and those with repeat failed cycles of IVF. The goal of PGD for these patients is to reduce the likelihood of implantation failure and miscarriage by transferring embryos with the correct number of chromosomes.

Women who undergo PGS testing significantly reduce their chance of having a baby with a genetic disease. However, it is recommended that additional testing be conducted once the pregnancy is established. A chorionic villus sampling can be performed at 10 to 12 weeks, or an amniocentesis can be performed after 15 weeks to help confirm a normal pregnancy.

PGD can also be utilized to select embryos of a particular gender to avoid passing on one of the more than 500 sex-linked genetic diseases to their child, or for family balancing. Gender selection rates approach 100 percent with the use of PGD.

Gender selection is becoming more common as many couples want to experience the joy of raising children of both genders. A couple may have several children of one gender already and would like to have another child, but would only consider doing so if the 50/50 odds could be shifted in favor of the other gender. Or, perhaps a couple is seeking infertility treatment, already has one child, and would prefer to employ IVF gender selection for the next child for the purpose of family balancing.