Chances of Twins or Multiples with IVF 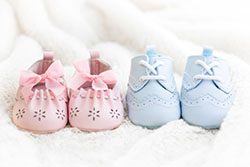 At Arizona Associates for Reproductive Health in Scottsdale, AZ, and Gilbert, AZ, we offer a number of fertility treatments, including in vitro fertilization, or IVF.

IVF is an assisted reproductive technology that addresses some of the common causes of infertility to increase a woman’s chance of becoming pregnant. IVF assists with many stages of conception.

IVF can increase the likelihood of twins and multiples when multiple embryos are transferred. While many consider a multiples birth a benefit, it is important to be aware of the potential complications.

Our fertility doctors can help patients consider the possibility of a multiples birth, and help them choose the number of embryos for IVF transfer.

How Common Are Twins and Multiples?

How Many Embryos Should I Transfer?

Choosing how many embryos to transfer during IVF may be one of the most difficult decisions. Even if patients want to avoid the risks of twins or multiples, they often hesitate to transfer a single embryo because they fear that treatment won’t be a success. Considering the cost and time commitment for a single IVF cycle, it is understandable that many patients lean toward the transfer of multiple embryos.

In the right circumstances, a single embryo transfer carries a high chance of a successful pregnancy. In other cases, two or more embryos may be advised to increase the likelihood of implantation. The number of embryos to transfer is ultimately a personal decision, but our doctors can help patients make the best choice for their unique situation based on factors such as age, overall health, and embryo development.

IVF has been successful for a number of our patients at Arizona Associates for Reproductive Health. If you are interested in finding out if IVF is right for you, send us a message online at your earliest convenience, or call (480) 860-4792 to schedule an appointment.